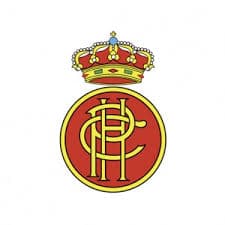 Puerta de Hierro is a private and exclusive club where non-members can only play if they are the guests of a member but the club has been very accommodating to professionals for many years. They hosted the Madrid Open from 1972 to 1993 (except for three years within that period) and there have been four golfers who’ve worn the coveted Green Jacket at the Masters amongst the winners – Seve Ballesteros, Ian Woosnam, Bernhard Langer and Sandy Lyle.
The Arriba has had several acclaimed architects leave their distinguished mark on it. Tom Simpson originally designed the course then Harry Colt made some modifications in 1912 before John Harris carried out some remodeling in the 1970s. More recently, Kyle Phillips was involved in redesign and reconstruction work at the start of the new millennium.
Like the Abajo course, the Arriba begins with one of four par threes to be found on the course. Every one of the short holes is at least 175 yards from the back tees so a quartet of threes on the scorecard will be hard earned. There are a couple of short par four holes to be played on either nine (at the 8th and 13th) and it’s good to see such old fashioned holes retained in the recent upgrading work.